Last week I posted on Nashville’s domestic violence docket . I had a chance today to go observe the docket. Here are a couple of my observations:

Yesterday , I posted a criminal law tip of the day on my office’s facebook page . I thought my next tip should be on the blog because it gives those facing criminal charges some advice on how to survive the criminal court process.

The first two Rs’ were relax and rehearse. The third R is the ability to react. I had lunch with a civil lawyer a couple of weeks ago. The conversation turned to civil trials. He commented on there are no surprises in a civil trial .Everyone knows what is going to be said and done.

Recently , there has been some discussions among Tennessee criminal defense lawyers about a motion that has been filed by a Tennessee prosecutor. An Assistant District Attorney has filed a motion in limine to preclude the defense attorney from referring to the state’s attorney as " The Government’ during trial. The motion asserts that referring…

Craig Garber pleaded guilty to a triple murder in Nashville,Tn. yesterday. Mr.Garber was facing the death penalty. Nashville’s District Attorney’s Office made the decision to offer a plea bargain agreement where Mr.Garber must  serve three consecutive life sentences.Mr.Garber will be eligible to get out in 153 years. There were several reasons why the District Attorney’s… 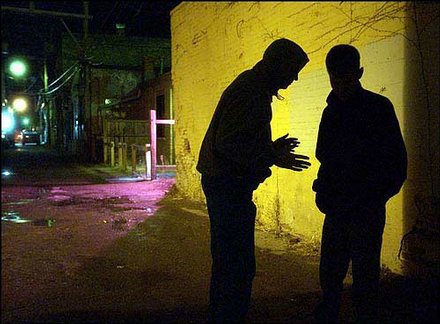 A question that pops up over and over again is " Does a confidential informant have do tell me they are the police ? "  One can count on the police recording activity of illegal drug sales or interviewing suspects under criminal investigation . Secret recordings are one of the standard tools that police use every day.… Effective July 1, 2012 , the legal standard for expunging a criminal conviction changed in Tennessee. Before July 1 ,  a person could only expunge their record under the following types of dispositions; The Jury Room Blog ran a great post today on  whether female stalkers are less likely to be violent than male stalkers. it is always assumed in domestic violence cases across Tennessee and elsewhere it is always the male that is the violent one. According to a study by Strand and McEwen that appeared in…

Rutherford County Tennessee Circuit Judge Don Ash issued two key rulings in the murder trial of Shanterrica Madden . First , the court issued a gag order . The Government moved the court for the gag order which would prohibit the attorneys from publicly discussing the case. The state asked for the gag order to "ensure the jury pool is not tainted " . It is unusual for a court to issue a gag order in most criminal cases.

The court had already granted a motion for a change of venue . A request for a change in venue is a written motion seeking to have the jury pool made up of folks from another county . It is most common in high profile capital murder cases where there has been intense pretrial publicity. Rule 21 of the Tennessee Rules of Criminal Procedure sets out the procedure. The court may change venue on the defendant’s motion or on its own initiative with the defendant’s consent. The key point that the court must consider when deciding the motion for a change of venue is when a fair trial is unlikely because of undue excitement against the defendant in the county where the offense was committed.

The Tennessee Criminal  Court of Appeals has adopted several factors the court can consider when granting a motion for a change of venue ;

1. The nature, extent, and timing of pretrial publicity.

2. The nature of publicity as fair or inflammatory.

4. The degree to which the publicity complained of has permeated the area

from which the venire is drawn.

5. The degree to which the publicity circulated outside the area from

which the venire is drawn.

6. The time elapsed from the release of the publicity until the trial.

7. The participation by police or by prosecution in the release of publicity.

8. The severity of the offense charged.

9. The absence or presence of threats, demonstrations, or other hostility

10. Size of the area from which the venire is drawn.

END_OF_DOCUMENT_TOKEN_TO_BE_REPLACED

A  Florida Judge ordered a man accused of a domestic violence charge to take his wife out to Red Lobster as a condition of his bail bond. Judge John Hurley ordered the defendant who was accused of assaulting his wife to get her some flowers , dress up , take her to Red Lobster…