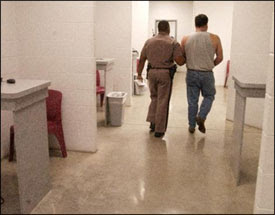 The jail house snitch is often used as a key witness in some criminal cases by the District Attorney’s Office. The most memorable jail house snitch used in a Nashville , Tn. murder  case  was in the case against Perry March.  The Snitching Blog  reported on the case of Sivak v. Hardison where the 9th Circuit Court of Appeals reversed a death sentence . The court found the two snitches were unreliable , but more importantly that the state offered  testimony  knowing they offered perjured testimony. Here is a link  to the opinion.

Two things are important from this decision.First , a case based mainly on snitch testimony is suspect . The motivation to lie and commit perjury to get out of prison is overwhelming. Secondly , what happened to the prosecutors who offered the perjured testimony ? There was a case in Nashville years ago where the criminal defense attorney offered up known perjured testimony . A jail sentence and disbarment was his fate.  The better question is how to deal with the jail house snitch at trial.