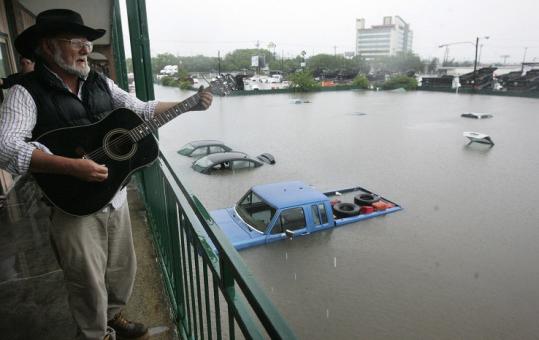 Since May 1st Nashville has experienced some of the worst flooding in the city’s history.  Downtown, Bellevue, and Antioch have been hard hit.  The criminal courts have closed for the week.  Everybody has been affected in some way.  Folks have lost their houses, cars, possibly their jobs, and some have lost their lives.  My thoughts and prayers go out to all.

So, I thought a report of the strange crime of the month might lighten the mood.  A New Jersey man was recently arrested at a Phillies game for intentionally vomiting on a off-duty police captain.  Matthew Clemmens made himself vomit on a police officer and his daughter after his friend was kicked out of the game for unruly conduct.  Clemmens faces criminal charges of assault, reckless endangerment and assorted other charges.

Good Luck and Best Wishes to all those who experienced a loss during the great Nashville flood.