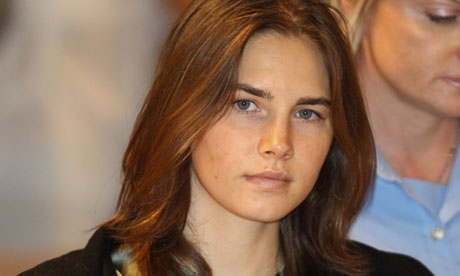 Amanda Knox was convicted of murder in Italy.Then , Knox’s murder conviction was overturned by an Italian Appeals Court and she was even acquitted of the murder charges. Under the American system , her case would be over based upon double jeopardy . Double jeopardy is the legal principle contained in the Fifth Amendment. Double jeopardy means that no person shall twice put in jeopardy of life or limb for the same offense. In Tennessee , once she was acquitted it would be the end of the case. Jeopardy attaches when;

In Italy , it is a different ball game. Once Knox was acquitted of killing Meredith Kercher, the Kercher family had a right to appeal to Italy’s highest court for an appeal which they did. Acquittal was set aside and Knox goes back to trial.

One thing is certain to me now more than ever. Our founding fathers knew what they were doing when they drew up the bill of rights. Let’s not shrink those protections that are given to those facing a criminal trial.