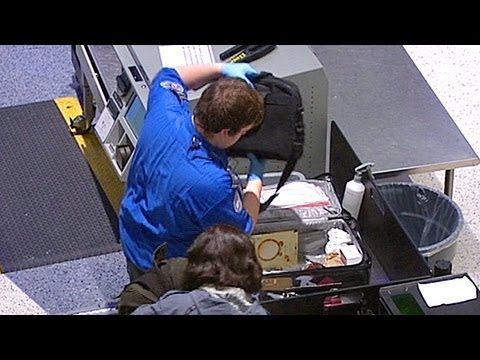 The Transportation Security Administration has found over 1105 guns this year as of September 2012. Why the rise ? First , there has been a sharp rise in gun sales.Secondly , more states have enacted right to carry laws which make it easier to carry a firearm. Most of the weapon charges at Nashville’s airport involve a person with a carry permit who forgets they have a gun in a briefcase or a purse. Most of these cases are not intentional.

In most cases, a person is rushing to make a flight and forgets they have a gun in a bag or briefcase. Usually , the F.B.I. is not notified . The gun charges are then handled by the local police. Here is a comment by a T.S.A. official;

“All we’re permitted to do is confiscate the weapon and call law enforcement agents, who then will take custody of it and determine whether or not you’re arrested,” said Mr. Castelveter, who is part of the security agency’s effort to notify local news media to aggressively publicize reports of guns and other prohibited weapons being found at checkpoints.

Here is what happens. T.S.A. will contact the Nashville Airport Police or Metro Nashville Police. Local police will then seize the gun and issue you a criminal citation for illegal possession of a firearm. A criminal citation is like a traffic ticket but it is a criminal charge . You will have to go to court to fight the charges.

In every case that I have handled so far , the gun or weapon charge has been dismissed. One key fact is whether you had a carry permit at the time of the criminal offense. Now , you might have to forfeit the gun and you may get a notice of a fine from the T.S.A.

The bottom line is when you go to the airport check your bags to make sure you are not carrying a gun. Also , you are allowed to travel with a firearm as long as it is checked , the airline notified , and it is in a hard locked case. Check out the T.S.A blog for more details