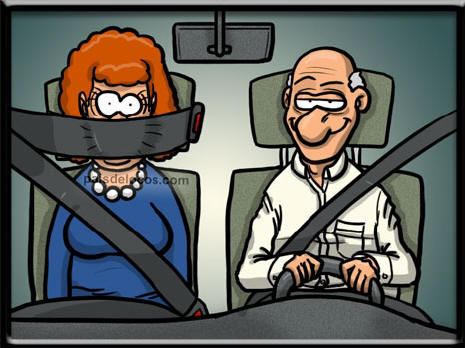 Under Tennessee law , all those in the front seat of a car or truck must be wearing a sat  belt. A study from Washington State compared 3000 drivers who got seat belt tickets at night to 300 drivers who did not but were randomly selected from driver’s license lists. The ticketed were over 500% more likely to have a felony record.Also , they were more likely to have prior alcohol violations.

Before you leave the parking lot , put on your seat belt.